Northern Bald Ibis (Geronticus eremita) is one of the most endangered bird species in the world (Critically Endangered, according to IUCN).  The overwhelming importance of region is due to the whole Moroccan and world’s breeding colonies of  NBI living in this area. The colonies are located on coastal cliffs within the National Park and Tamri area and were estimated at 110 breeding pairs in 2009. There are several roosting sites, and most of the coastal steppes and fallow fields are used as feeding areas at some time of the year. Indeed, the coastal belts to the south of the park and in the Imsouane area in the north are also used by the birds as a feeding area albeit less frequently and generally outside the breeding season or by non breeding individuals. 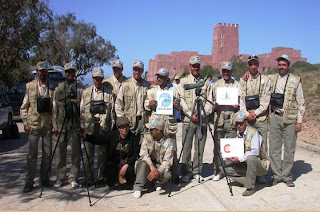 For the survival of the ibis is indispensable to carry out management of the territory that reconciles conservation with socioeconomic development of the local population. Thus, in addition to the activities directly related to NBI, SEO/BirdLife developpes in  a series of projects around sustainable development, with support of different institutions of cooperation (AECID, Canarias Cooperation). 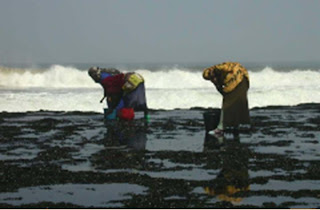 Since 1999, we promote profitable economic activities respecting traditional exploitation and conservation of biodiversity (beekeeping, women literacy, handicrafting, development of ecotourism in , artisanal fisheries and shellfish collecting).
The population of Geronticus eremita has been the subject of a long-term monitoring programme by the park authorities and BirdLife International, and the colonies are surveyed during the breeding season. Despite an unexplained mortality incident in May 1996, this population has increased slightly during the last 20 years. 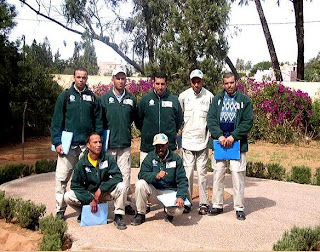 SEO/BirdLife is supporting a dedicated team of local wardens over the last 14 years who are deeply involved in the protection and scientific monitoring of the species. Although intensive monitoring has taken place during years, knowledge on seasonal movements outside the National Park and neighbouring areas is very limited. There are occasional sightings recorded regularly at places as far as 700 km north in Tetuan area or 1200 km down South in (). Details on these movements and potential important sites during dispersal remain unknown. Although regular visits to past breeding places are taking place, little information has been gathered. Some important sites or habitats could exist not far from the known areas but the current monitoring system does not allow indentifying them.

The main known threat for the species is the increase of leisure tourism in the region (construction of hotels and vacation homes, increased levels of disturbance, etc.) and related habitat disturbance to breeding and feeding areas. Additionally some mortality has been recorded from poachers. Potential threats could also be active outside the monitored range and lead to unattended mortality. Therefore, improving knowledge on species range and movements is essential for the survival of the species. A National Species Action Plan has been drawn up including priority actions to be implemented in the short term to secure and further improve the population growth. Tagging individuals with coloured rings and satellite transmitters is one of the identified actions to be developed. Satellite tagging has proven to be extremely useful in defining the movements of the tiny NBI eastern population.
The is our local counterpart for both species conservation and sustainable management activities. The main supporting institutions who have contributed to this successful project are the Spanish Agency for International Development Cooperation (AECID), Territori i Paisatge Foundation, Swarovski and the Spanish National Parks Authority. Recently, the Northern Bald Ibis conservation plan has the support of the Prince Albert II of Monaco Foundation and the Dublin Zoo.