Accompanied by representatives from SEO/BirdLife (BirdLife in Spain), GREPOM (BirdLife in Morocco), and key staff from the National Park, the Prince visited the cliffs where the colonies of this Critically Endangered species currently breed. The Prince saw first-hand the success of the project and project staff were able to thank the prince for his foundation’s support for the project over the past 4 years.

“I am delighted to support BirdLife’s conservation efforts for this iconic and Critically Endangered species, and am honoured to be their Species Champion,” said the Prince.


During this visit, the Foundation expressed their ongoing commitment to supporting the project, with a particular interest in supporting the development of ecotourism in this remote region surrounding Agadir.

BirdLife International, SEO and GREPOM would like to once again thank the Prince Albert II Monaco Foundation for their ongoing generous support for this important project.

Our trusted fieldworker in Ethiopian highlands, Yilma Abebe, with some RSPB support, managed to spend three days at the site where the relict Syrian birds mainly overwintered - and reported this week that three adult northern bald ibis! These included the female Zenobia who had previously been paired to Odeinat (who disappeared over a year ago in Saudi Arabia). Interestingly, she was accompanied by an unringed adult, so perhaps there’s a faint hope that they are indeed a pair, and might make it back to breed in Syria? There was also one other lone bird sighted in the area. We await further details of Yilma’s visit, but it’s good to know there is still a faint hope for the population.

As you may know or remember, only a single adult was seen back at the Syrian breeding site last spring, and despite the problems in the country, the field team there somehow managed to continue some field checks. Our thoughts are certainly with them and their families.

Many bird species have developped refined flying strategies drawing an almost perfect V in flight. It has been traditionally assumed that this tactic minimizes energy costs, but until now, there was not enough scientific evidence to explain how it works. 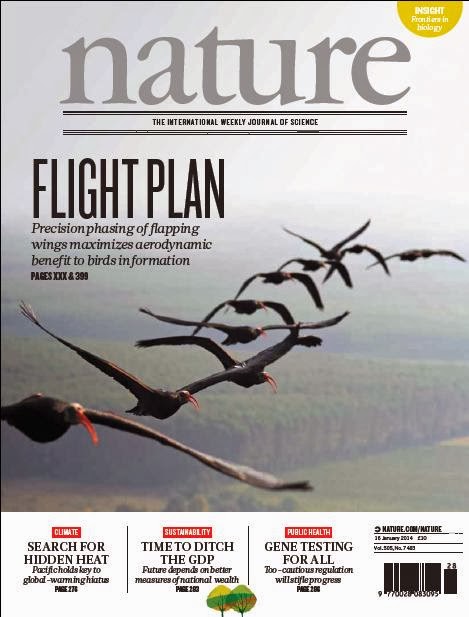 A team from , and has shown how NBI individuals have developed a range of phasing strategies in order to optimise turbulences produced by flapping wings. Individuals flying in a V-flock position themselves in aerodynamically most favourable positions, in accord with theoretical aerodynamic predictions. Besides, birds flaps spatially in phase, thus enabling optimal upwash capture throughout the entire wing-beat cycle. In contrast, when birds fly immediately behind another bird, they flap in anti-phase. This could potentially reduce the adverse effects of downwash for the following bird. These aerodynamic accomplishments require complex flight dynamics and sensory feedback to optimise the benefits and reduce the loss due to turbulences made by preceding flock mates.