Last summer an adult Northern Bald Ibis has been spotted in Greater Manchester.
"Dozens of birdwatchers have flocked to catch a glimpse of the Northern bald ibis seen around the Ken Ward sports centre in Hattersley, Tameside", says the article in the Manchester Evening News.
Although the bird it's probably an escapee, there wasn't, apparently, any ring or tag on the bird.
If anyone can provide more information about this bird, please, come into touch with us.
Other recent observations of NBI in UK have been recorded at birdguides.com and are also presumed escapees:

Some untagged birds have also been recorded in Spain.
Posted by SEO/BirdLife Morocco Programme at 07:34 1 comment:

NBI among the 100 most endangered species in the World


IUCN and the Zoological Society of London  have just published a book, Priceless or Worthless?, including the 100 most threatened species, both flora and fauna.

Northern Bald Ibis is among the ten birds included in this book. 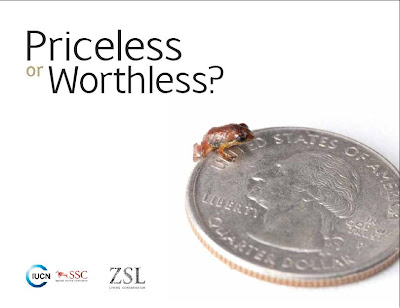 In addition to that, other sections in the book include recent extinctions as well as speies that, thanks to conservation efforts, have improved their conservation status.   This book can be read or downloaded  on-line.


You can pull Northern Bald Ibis back from the brink contributing to NBI conservation project.